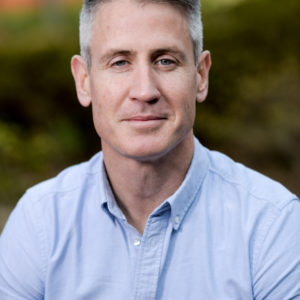 Associate Professor Brian Hoare is an occupational therapist at CPtherapy, a specialist private practice for children with cerebral palsy in Melbourne. He also holds an Associate Professor position within the School of Occupational Therapy, LaTrobe University. Ass/Prof Hoare spent the first 20 years of his career as a clinical occupational therapist at Monash Children’s Hospital, Melbourne. He completed a PhD at La Trobe University and undertook an invited post-doctoral fellowship at the Karolinska Institute, Sweden. Ass/Prof Hoare currently holds an adjunct Senior Research Fellowship position within the Department of Paediatrics, Monash University and is an Honorary Research Fellow at Australian Catholic University.

Ass/Prof Hoare’s contribution to the field of cerebral palsy (CP) research provides evidence of high quality, translational research. He has published extensively in peer-reviewed scientific journals; been invited to present at conferences and workshops; contribute to book chapters, commentaries and expert international guidelines. His current program of research continues to make a significant contribution, with impact nationally and internationally. In 2017, Dr Hoare was awarded a Career Development Grant by the Cerebral Palsy Alliance. In 2018, he was awarded the prestigious Gayle G Arnold Award at the American Academy for Cerebral Palsy and Developmental Medicine (AACDPM) meeting in Cincinnati, Ohio. 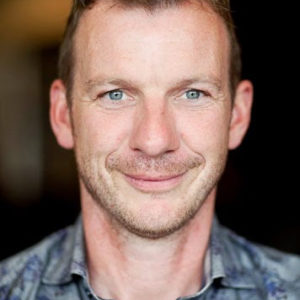 Professor Bert Steenbergen is a full professor at the Behavioural Science Institute of the Radboud University, Nijmegen, The Netherlands. The focus of his work is on “perception and action problems’, including the relationship between fundamental research in disorders of motor control and its application in the field of rehabilitation and education for individuals with visual and motor impairments. Professor Steenbergen is a highly regarded international expert in the areas of motor control, disorders of motor control, cerebral palsy and rehabilitation. Over the past 15 years, Professor Steenbergen has been awarded over €5 million Euro in research funding and published over 120 international refereed journal articles.

After graduating in Human Movement Sciences (honours) at the Free University, Amsterdam, Professor Steenbergen worked as a researcher at the Werkenrode Insitute for disabled children (Groesbeek, The Netherlands). He obtained his PhD in the social sciences in 2000 at the Radboud University on the topic of adapted movement behavior following brain damage. Professor Steenbergen then worked as an assistant professor at the Donders Centre for Cognition. In 2009 he was appointed full professor at the Behavioural Science Insitute, The Netherlands, where he is the head of the ‘Learning and Plasticity’ program. In conjunction with his research, Professor Steenbergen is a lecturer at the Department of special education and coordinator of several courses from bachelor to the PhD level. Prof Steenbergen is also a professorial fellow of the Australia Catholic University, Melbourne and member of the leadership group of the Centre for Development and Disability research at this university. 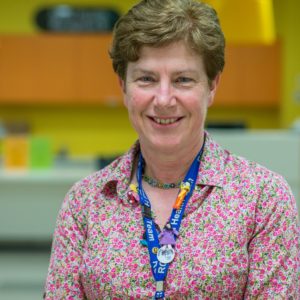 Sue is the Manager, Occupational Therapy at the Royal Children’s Hospital, Melbourne where she has worked for the past 17 years. She has a strong clinical background in the field of cerebral palsy and early intervention, especially assessment and management of the upper limb in children with unilateral cerebral palsy (hemiplegia). For her PhD research Sue developed a test called the Mini-Assisting Hand Assessment (Mini-AHA) that evaluates how well young children aged 8-18 months with unilateral CP use their affected upper limb during bimanual play. She is currently a chief investigator in two large clinical trials evaluating interventions for very young children with cerebral palsy, and has presented her findings from her research at both national and international conferences, as well as in journal articles and book chapters.

Elegast has been senior paediatric physical therapist (PT) since 1999 at Dominiek Savio Institute, a rehabilitation centre for children with motor disabilities (Gits, Belgium), where he is currently Staff Member Medical Service. Additionally, in 2000, he started a private practice for paediatric rehabilitation, which to date is located in Ostend (Belgium). In 2013, Elegast completed his PhD and has accepted a teaching position at the Department of Rehabilitation Sciences KU Leuven (Belgium).

Elegast’s doctoral research has made a contribution to the evaluation, characterization and understanding of dystonia and choreoathetosis in dyskinetic CP. He developed a new assessment scale for dystonia and choreoathetosis: the Dyskinesia Impairment Scale. The use of this scale has provided us with new clinical insights in dyskinetic CP and is promising for evaluation of the efficacy of continuing developing medical interventions and rehabilitation applications and is used in medical interventions studies. Elegast has received international recognition for his scientific work and received several awards e.g. was recently awarded with two Mac Keith Press awards: the EACD Poster Prize at the annual conference of the European Academy of Childhood Disability and the Promising Career Award at the 2013 conference of the American Academy for Cerebral Palsy and Developmental Medicine. Since 2015, Elegast is chairman of the Belgian Academy of Childhood Disability. To date, Elegast has given more than thirty twenty instructional courses in Belgium and international conferences. 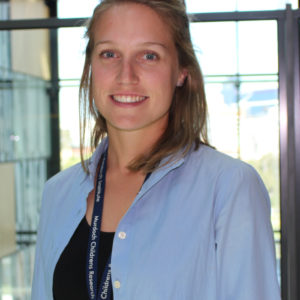 Rachel is a physiotherapist and researcher. She has a strong interest research and clinical interest in optimising motor learning and participation, as well as prevention of the secondary consequences of physical disability. Rachel works as a physiotherapist coordinating bike skills training programs for children young people with disabilities at the Victorian Paediatric Rehabilitation Service at Monash Children’s Hospital and is a National level classifier for para-cycling. Rachel is undertaking her PhD at the University of Melbourne. Her thesis includes a systematic review and multi-site randomised controlled trial of a novel motor learning driven approach to training bike skills in children with cerebral palsy. Rachel also has a Master of Public Health and Tropical Medicine and is a research associate with Centre of Research Excellence in Cerebral Palsy – Hip Surveillance Project. She has presented her work at international and national conferences and published in peer-reviewed journals.